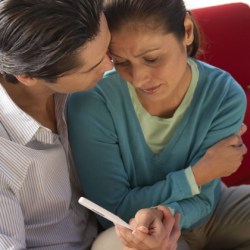 Pregnancy is full of intricate incidents and its failure is not uncommon among women around the world. Pregnancy failure, of which miscarriage is one of the most common outcomes, can occur anytime although certain stages and factors increase the risk.

An idea about reasons behind unsuccessful pregnancy can make you better aware of the complex phenomenon which can so often be taken for granted. The major causes of pregnancy failure have been outlined below considering the incidence of miscarriage.

Miscarriage is a not a well understood phenomenon and can be a result of many things like chromosomal abnormalities (in the baby), infection, hormonal problems, chronic malnutrition, etc.

Chromosomes, which are carriers of many genes, are responsible for the attributes of a person (like gender, blood type, etc.). Generally, chromosomal problems are unrelated to the parents’ health and happen by chance. They can account for almost half of the spontaneous abortions occurring early to women.

Mostly, a damaged egg or sperm cell, or a glitch during division of the zygote, may cause chromosomal problems. However, chromosomal problems arising out of a parent’s genes are not unlikely and if they happen, they are likely to cause repeated spontaneous abortions.

Women having problems in their wombs can have unsuccessful pregnancies. Abnormalities of the womb include fibroids (non-cancerous growths) and scarring on the surface.

In some women, the muscles of the cervix (which is neck of the womb) are not strong enough to give birth; they may open too early during pregnancy causing its failure.

A weakened cervix, also referred to as cervical incompetence, can occur due to an injury to the area. It can also be a birth related outcome.

When the ovaries are too large, they can result in hormonal imbalances in the womb. Polycystic ovary syndrome (PCOS) can also be a major cause for infertility. Even if a woman is fertile, this condition may put her pregnancy at risk and possibly cause miscarriage.

Some genetic problems are age related; the older mothers are more likely to suffer from pregnancy failure accounting for the higher rates of miscarriage.

Many health conditions make women unfit for successful conception and accomplishment of pregnancy. These are generally long term health conditions which can increase the risk of having a miscarriage. Prominent among them are diabetes (poorly managed), hypertension, hyperthyroidism, hypothyroidism, defective immune system and kidney disease.

Women suffering from certain infections may also increase their risk of pregnancy failure. Rubella, HIV infection, STDs, malaria and toxoplasmosis are to name some of them.

It is very important to take medications only under expert advice, especially when you are pregnant. This is because many medicines are not safe and suitable for administration in pregnancy (and lactation).

Medications like the non-steroidal anti-inflammatory drugs (which have wide applicability for treating pain and inflammation), misoprostol (used in rheumatoid arthritis) and retinoids (used in eczema) are some which can increase the possibility of miscarriage.

High levels of Prolactin during pregnancy can also cause miscarriage. Another cause for miscarriage may be progesterone deficiency in women.

Warning: count(): Parameter must be an array or an object that implements Countable in /home/quickezweightlos/public_html/wp-content/plugins/ultimate-author-box/inc/frontend/uap-shortcode.php on line 119
style=”display:none;”>

admin Administrator
Hi, This is Admin of the site. We are working hard to improve the content. Please share your suggestions and content if you have.
email
quickneel@gmail.com
×

admin Administrator
Hi, This is Admin of the site. We are working hard to improve the content. Please share your suggestions and content if you have.
email
quickneel@gmail.com

8 Health Tips For Women – How to Be Fit and Healthy

No More Reading On Weight Loss